< Interesting Facts That Will Make You Want To Travel

Interesting Facts That Will Make You Want To Travel 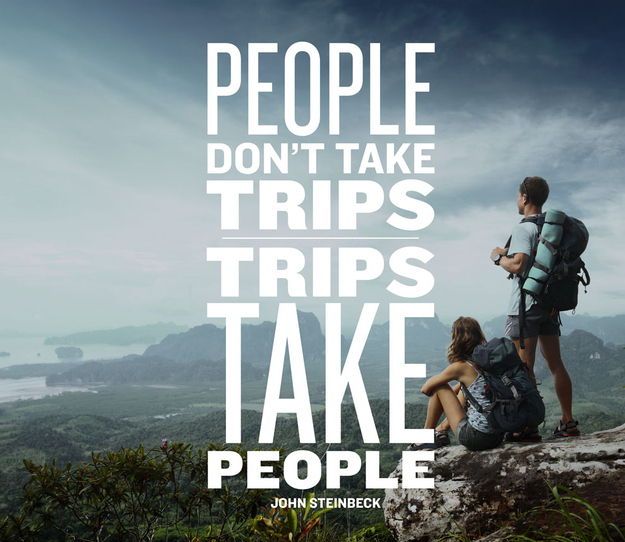 1. Travel can help improve your problem-solving skills.
2. One out of eight jobs in the U.S. depends on travel and tourism.
3. Taking a vacation can lower your risk of heart disease.
4. Studies show that money spent on travel makes you happier than money spent on material goods.
5. Benefits of travel are almost immediate. After only a day or two, 89% of people experience significant drops in stress.
6. Travel has been shown to help aid those suffering from depression.
7. And travel has been shown to promote overall brain health.
8. The U.S. is the only developed country in the world without a single legally required paid vacation day or holiday.
9. Austrian citizens are said to have the most vacation time of any country. Austria guarantees workers a legal minimum of 22 paid vacation days and 13 paid holidays each year.
10. Travel can make you more creative.
11. Travel can also make you smarter.
12. France is the most visited country in the world.
13. Honolulu is the only place in the U.S. that has a royal palace.
14. Russia produces the most oxygen in the world.
15. France covers the most time zones. (12)
16.With more than 3 million lakes, Canada has the most lakes in the world.
17. Mongolia is the least densely populated place in the world. There are four people per square mile.
18. Niger has the youngest population of any country.
19. And India is the most diverse country in the world.
20. Monaco is smaller than Central Park in New York City.
21. Papa New Guinea has the largest number of languages spoken.
22. Canada has the most educated population in the world, with 50% of the population being educated at the post-secondary level.
23. 99% of Libya is desert.
24. Hartsfield-Jackson Airport in Atlanta is the world’s busiest airport.
25. There are 61,000 people in the air over the U.S. at any given time on any given day.
26. That’s probably because 1/3 of the world’s airports are located in the U.S.
27. The San Alfonso del Mar resort in Chile has the world’s largest swimming pool. It holds 66 million gallons.
28. Las Vegas, Nevada has the most hotel rooms of any city in the world.
29. The shortest airline flight available for purchase lasts two minutes and runs from the Scottish island of Westray to Papa Westray.
30. And the longest flight in the world is from Sydney to Dallas. It lasts around 16 hours and covers approximately 8,500 miles.
31. All the money that is tossed into Rome’s Trevi Fountain is collected each night and donated to multiple charities.
32. The largest hotel in the world is the Izmailovo Hotel in Russia. It could accommodate over 7,500 guests.
33. The most expensive hotel room in the world costs $83,200 a night at the Royal Penthouse Suite in Geneva at Hotel President Wilson.